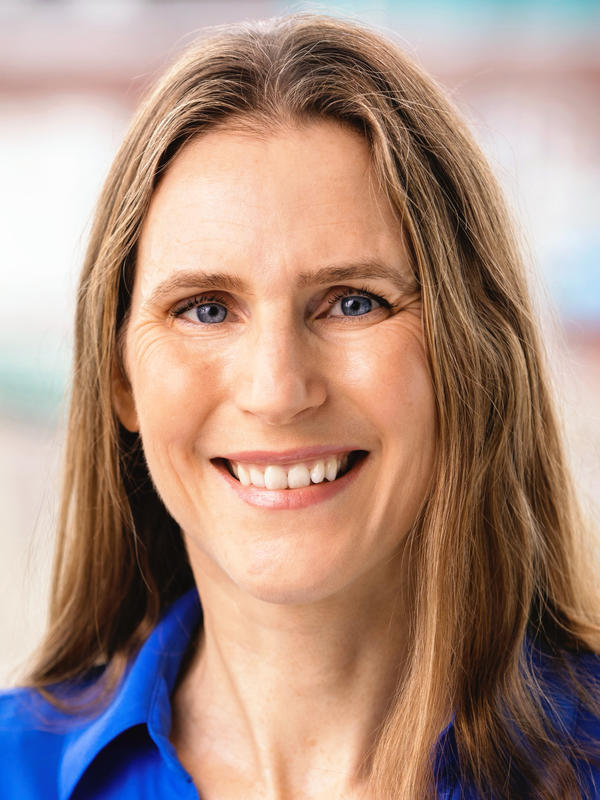 Séverine Autesserre is a Professor of Political Science, specializing in international relations and African studies, at Barnard College, Columbia University. She works on civil wars, peacebuilding, peacekeeping, and humanitarian aid, and she chairs the political science department.

Professor Autesserre's latest book, The Frontlines of Peace: The Insider’s Guide to Changing the World, examines what works in building peace after mass violence. It draws on fieldwork in twelve different conflict zones, including Colombia, the Democratic Republic of Congo, and Somaliland, and has just been released by Oxford University Press. Her 2014 article in International Peacekeeping develops some of the early ideas for this project. Her 2017 article in the International Studies Review, my Op-Eds in the Washington Post (here and here and here), and her Foreign Affairs pieces (here and here and here) present her preliminary findings. Research for this project has been funded by the Carnegie Corporation, the Gerda Henkel Foundation, and the Folke Bernadotte Academy.

Her previous project focused on the everyday elements that influence peacebuilding interventions on the ground. It included extensive fieldwork in the eastern Democratic Republic of Congo and briefer comparative research in Burundi, Cyprus, Israel and the Palestinian Territories, South Sudan, and Timor-Leste. The book based on this research, Peaceland: Conflict Resolution and the Everyday Politics of International Intervention, was released by Cambridge University Press in 2014. It won the 2016 Best Book of the Year Award and the 2015 Yale H. Ferguson Award from the International Studies Association as well as honorable mentions for two other book prizes (the 2015 Chadwick Alger Prize from the International Studies Association and the 2014 African Argument Book of the Year). Findings from this project have also appeared in Critique Internationale and African Affairs (the latter piece won the 2012 Best Article award from the African Politics Conference Group).

Her earlier research project focused on local violence and international intervention in the eastern part of the Democratic Republic of Congo, where Dr. Autesserre has travelled regularly since 2001. Her fieldwork and analysis culminated in The Trouble with the Congo: Local Violence and the Failure of International Peacebuilding, published by Cambridge University Press in 2010. The book won the 2012 Grawemeyer Award for Ideas Improving World Order and the 2011 Chadwick Alger Prize presented by the International Studies Association to the best book on international organizations and multilateralism. Research for this project has also appeared in Foreign Affairs, International Organization, the Review of African Political Economy, the African Studies Review, the African Security Review, International Peacekeeping, the Revista de Relaciones Internationales, and the Journal of Humanitarian Affairs. It is the topic of a recent TED Talk that has more than 750,000 views.

In 2021, Professor Autesserre was named a Knight of the Order of Academic Palms (Chevalier dans l’Ordre des Palmes Académiques) by the French Government—a historical knighthood for French academic, cultural, and educational figures. That same year, Autesserre was awarded the Victor Sidel and Barry Levy Award for Peace from the American Public Health Association in recognition of her contributions to preventing war and promoting international peace

Her work has also won numerous other prizes and fellowships, including the Emerging Scholar Award from the International Studies Association’s International Security Studies Section (2021), the Special Prize of the Jury from the French Red Cross Fund (2017), two research awards from the United States Institute of Peace (2004-2005 and 2010-2012), two Harry Frank Guggenheim Foundation research grants (2010 and 2011), two Presidential Research Awards from Barnard College (2010 and 2021), several grants from Columbia University (2010 – 2013), two Mellon Fellowships in Security and Humanitarian Action (2004-2006), the 2006 Best Graduate Student Paper award from the African Studies Association, and a Fulbright Fellowship (1999-2000).

Before becoming an academic, Dr. Autesserre worked for humanitarian organizations (including Doctors Without Borders and Doctors of the World) and development agencies in Afghanistan, Kosovo, the Democratic Republic of Congo, Nicaragua, and India. She holds a post-doctorate from Yale University (2007), a Ph.D. in political science from New York University (2006), and master’s degrees in international relations and political science from Columbia University (2000) and Sciences Po (France, 1999).

“Local Violence and the Failure of International Peacebuilding: The Trouble with the Congo,” Memo distributed at the World Summit of Nobel Peace Prize Laureates, Warsaw, Poland, October 2013